The differences between LIFO and FIFO

LIFO and FIFO both refer to two different inventory valuation methods, in essence, this system is used in valuing the cost of your goods and inventory and based on this, how you allocate this stock for sale and delivery.

How to effectively manage your sales pipeline

What is scheduling software?

5 top tips on how to effectively manage your CRM

What is business process management

The benefits of e-forms

Why not book a live demo?

Find out how Zigaflow can automate your business processes

Inventory, is referring to the companies’ goods in all stages of production There are typically three stages for inventory, and these are as follows:

Knowing these stages of production is essential when calculating your valuation since each stage has its associated costs. The decision you make for your inventory valuation system can have a significant impact on your financial statements and knowing this can be an informing factor on which system to use.

What if FIFO and where to use it

FIFO stands for ‘first in first out.’ This is appropriately named as so because it means you work on an inventory system that sells your oldest stock first. This is most prominent within companies that sell perishable products. For example, if you own a grocery store and your products have expiry dates, you’d want to make sure you are selling the oldest products first to reduce inventory wastage in the case that a product would expire.

This is significant when calculating inventory valuations since your products should never sit too long the market cost for the inventory will be valued at the closest price to their current market value. This system accounts more for economic inflation since supplier costs tend to vary on an annual basis and will typically result in a higher inventory valuation than its counterpart. If you’re a company that is looking for investors, it is recommended to choose this method since it provides a much more accurate representation of your profitability.

LIFO means the opposite, where FIFO imposes a first in first out methodology, LIFO stands for ‘last in first out'. This works by assuming the freshest stock should be provided to customers and is prominent within businesses that do not deal in perishable goods and is the recommended technique for organisations within this category. This method is seen to have less tax liability since it gives more financial options when accounting for the income tax on the goods sold. For example, if a dealership was to buy the same model of car a few months apart, they might pay different prices on the same vehicle due to the time of year it was purchased. This gives them the freedom to decide on which asset is listed as sold when announcing the income tax for the unit.

However, using this system runs the risk of some stock becoming so old it's obsolete and unable to be sold. Furthermore, this method provides a far less accurate inventory valuation since the valuation tends to be lower than items at today’s value This method is technically less accepted by tax authorities as appose to FIFO mainly due to the possibility of distortions on a company’s financial statements, in order to appear to be more profitable than they actually are.

In fact, the International Financial Reporting Standards (IFRS) made it clear that they would not accept this as a taxable valuation method since 2001 due to these potential distortions.  Unfortunately for many businesses. This regulating body is widely accepted around the world meaning it's likely you will have to go for the FIFO method for your tax accountabilities.

There are a few exceptions to this, and the following countries do not need to follow the IRFS’s regulations for reports meaning they have the freedom to utilise either method:

The list for these nations has dwindled over the years, as authorities have clamped down on the requirement to report under IFRS standards, including the United States shifting over to this method in 2007. Currently, ‘approximately 120 nations either permit or require IFRS for public or domestically listed companies.

The advantages of converting to IFRS

Essentially, adopting this method as a standardised global practice, levels for playing field for competitors. This means that financial statements are to be submitted on the same basis for everyone, ultimately making comparison much easier. It also has positive implications for international companies that may trade across regions that permit both methods. It allows them to use the same standardised accounting methodology across all their branches, easing communication between regions. As well, as most world regions have made the conversion already, there is a crippling inevitability that LIFO may become obsolete as a method completely.

The disadvantages of converting to IFRS

The main reason to oppose this is the removal of the acceptance for LIFO valuation methods. There is also an argument that a previous method, the U.S. GAAP was considered the ‘gold standard’ of methods and that a level of quality would be lost when committing to the acceptance of IFRS. Following this, organisations without significant operations outside of the U.S have little incentive to make the switch, and due to this, resistance to change is more likely.

How Zigaflow helps with inventory

Seize control of your stock with our stock control module. With Zigaflow, you can specify item level expiration dates for your perishable goods, this way, you know exactly which products need to be processed and shipped first.

Still got questions? book a demo with us today to see how having access to all your workflows, statuses, and stock levels in one centralised business management software can streamline your operations. 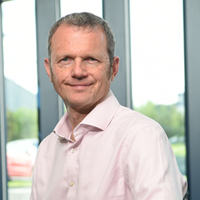 With an extensive background in business analysis and software programming, Tim heads up our software development team and loves nothing more than solving complex business challenges with simple easy to use software.

“We have increased our output of quotations by 300%”

“A company that listens, understands and delivers”

“Best System For Our Business”